Art, Ireland and the Irish Diaspora

Art, Ireland and the Irish Diaspora reveals a labyrinth of social and cultural connections that conspired to create and sustain an image of Ireland for the nation and for the Irish diaspora between 1893 and 1939. This era saw an upsurge of interest among patrons and collectors in New York and Chicago in the 'Irishness' of Irish art, which was facilitated by gallery owners, émigrés, philanthropists, and art-world celebrities.

Leading Irish art historian, éimear O'Connor, explores the ongoing tensions between those in Ireland and the expatriate community in the US, split as they were between tradition and modernity, and between public expectation and political rhetoric, as Ireland sought to forge a post-Treaty international identity through its visual artists.

Featuring a glittering cast of players including Jack. B. Yeats, George Russell (AE), Lady Gregory, and Seán Keating, and richly illustrated in colour with images from archives on both sides of the Atlantic, Art, Ireland and the Irish Diaspora presents a wealth of new research, and draws together, for the first time, a series of themes that bound the Dublin art scene with that in New York and Chicago through complex networks and contemporary publications at an extraordinary time in Ireland's history. 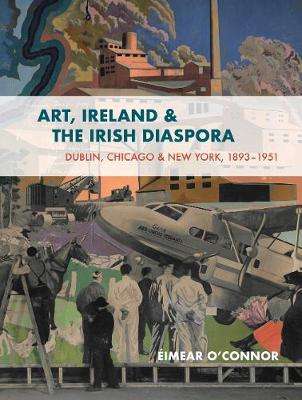 8% offPaperback
Art, Ireland and the Irish Diaspora also appears in these Categories:

Life Meets Art: Inside the Homes of the World's Most Creative People
Sam Lubell
€48.15

Steps Towards a Small Theory of the Visible
John Berger
€7.20

The Dublin Art Book: The City Through the Eyes of its Artists
Emma Bennett
€18.05