At the Gates of Rome: The Fall of the Eternal City, AD 410

A dramatic retelling of the story of the final years of the Western Roman Empire and the downfall of Rome itself from the perspective of the Roman general Stilicho and Alaric, king of the Visigoths. It took little more than a single generation for the centuries-old Roman Empire to fall. In those critical decades, while Christians and pagans, legions and barbarians, generals and politicians squabbled over dwindling scraps of power, two men - former comrades on the battlefield - rose to prominence on opposite sides of the great game of empire. Roman general Flavius Stilicho, the man behind the Roman throne, dedicated himself to restoring imperial glory, only to find himself struggling for his life against political foes. Alaric, King of the Goths, desired to be a friend of Rome, was betrayed by it, and given no choice but to become its enemy. Battling each other to a standstill, these two warriors ultimately overcame their differences in order to save the empire from enemies on all sides. And when one of them fell, the other took such vengeance as had never been seen in history. Don Hollway, author of The Last Viking, combines ancient chroniclers' accounts of Stilicho and Alaric into an unforgettable history of betrayal, politics, intrigue and war for the heart and soul of the Roman Empire. 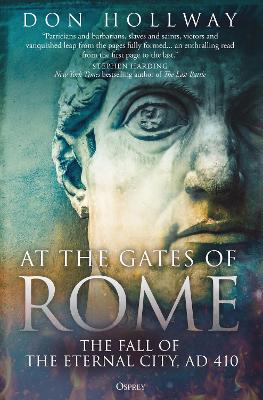 Hardback
At the Gates of Rome: The Fall of the Eternal City, AD 410 also appears in these Categories:

How to Attract Birds to Your Garden
Dan Rouse
Hardback
€20.99