'A wonderful rediscovery. . . human, suspenseful, shot through with hard-earned wisdom' - Lee Child One of the first bestsellers in Germany after the Second World War, Berlin Finale is a breathtaking novel of resistance set against the downfall of the Third Reich April 1945, the last days of the Nazi regime. While bombs are falling on Berlin, the Gestapo still search for traitors, resistance fighters and deserters. People mistrust each other more than ever. In the midst of chaos, a disparate group - a disillusioned young soldier; a trade unionist and saboteur; a doctor helping refugees - continues to fight back. And in Oskar Klose's pub, the resistance plan their next move, hunted at every step by the SS. Published in the immediate aftermath of the Second World War, Berlin Finale is an unforgettable portrait of life in a city devastated by war. Translated by Shaun Whiteside 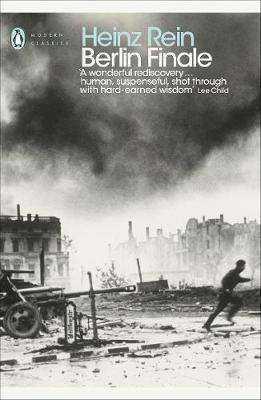 29% off
The Strange Case of Dr. Jekyll and Mr. Hyde and Other Stories
Robert Louis Stevenson
€15.99