At the heart of our galaxy lies a monster so deadly it can bend space, throwing vast jets of radiation millions of light years out into the cosmos. Its kind were the very first inhabitants of the universe, the black holes.

Today, across the universe, at the heart of every galaxy, and dotted throughout, mature black holes are creating chaos. And in a quiet part of the universe, the Swift satellite has picked up evidence of a gruesome death caused by one of these dark powers. High energy X-ray flares shooting out from deep within the Draco constellation are thought to be the dying cries of a white dwarf star being ripped apart by the intense tides of a supermassive black hole - heating it to millions of degrees as it is shredded at the event horizon.

They have the power to wipe out any of the universe's other inhabitants, but no one has ever seen a black hole itself die. But 1.8 billion light years away, the LIGO instruments have recently detected something that could be the closest a black hole gets to death. Gravitational waves given off as two enormous black holes merge together. And now scientists think that these gravitational waves could be evidence of two black holes connecting to form a wormhole - a link through space and time. It seems outlandish, but today's physicists are daring to think the unthinkable - that black holes could connect us to another universe.

Join Professor Brian Cox in exploring our universe's most mysterious inhabitants, how they are formed, why they are essential components of every galaxy, including our own, and what secrets they still hold, waiting to be discovered. 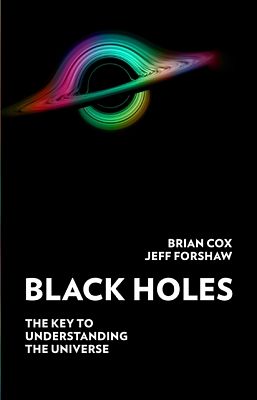 15% offPaperback
Black Holes: Key to Understanding the Universe also appears in these Categories:

Stars of Orion: An Astronomy Special Hosted by The Hunter
Andy Oppenheimer
Paperback
€21.70

The Year in Space
The Supermassive Podcast (Izzie Clarke
Hardback
€18.75

A Journey Through the Universe
New Scientist
Paperback
€13.75

Light in the Darkness: Black Holes, The Universe and Us
Professor Heino Falcke
Paperback
€13.75