"Blood and Oil is the fascinating and highly entertaining tale of Mohammed bin Salman's rise to power. With fly-on-the-wall reporting and palace intrigue worthy of Machiavelli, it will keep you turning the pages at a fast clip until its tragic denouement. And more importantly, it will leave you with a deep and nuanced understanding of the Crown Prince's thinking and its implications for Saudi Arabia and the entire Middle East." - John Carreyrou, author of Bad Blood Thirty-five-year-old Mohammed bin Salman's sudden rise stunned the world. Political and business leaders such as former Prime Minister Tony Blair and WME Chairman Ari Emanuel flew out to meet with the Crown Prince and came away convinced that his desire to reform the kingdom was sincere. He spoke passionately about bringing women into the workforce and toning down Saudi Arabia's restrictive Islamic law. He lifted the ban on women driving and explored investments in Silicon Valley. But 'MBS' began to betray an erratic interior beneath the polish laid on by scores of consultants and public relations experts like McKinsey & Company. The allegations of excess and about the brutality of his regime began to slip out. Then there was the assassination of journalist Jamal Khashoggi. While stamping out dissent in the Saudi royal family by holding three hundred members in the Ritz-Carlton Hotel for months, he continued to exhibit his extreme wealth, including the purchase of a $70 million chateau in Europe and one of the world's most expensive yachts. It seemed that he did not understand nor care about how the outside world would react to his flexing of autocratic muscle. "This is as close to the truth, to the real story of the corruption, vulgarities, horrors, and lies of the Kingdom and its current despot as we are likely to get. It also can be read as a Shakespearean story of utter greed." - Seymour Hersh, author of Chain of Command 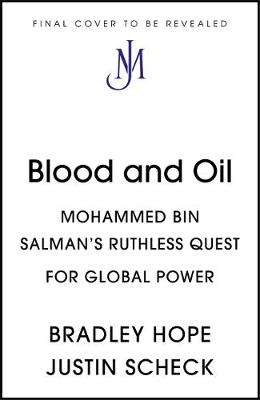