Partly autobiographical, this is the second title in Judith Kerr's internationally acclaimed trilogy of books following the life of Anna through war-torn Germany, to London during the Blitz and her return to Berlin to discover the past...
It is hard enough being a teenager in London during the Blitz, finding yourself in love and wondering every night whether you will survive the bombs. But it is even harder for Anna, who is still officially classified as an "enemy alien". Those bombs are coming from Germany - the country that was once her own. If Hitler invades, can she and her beloved refugee family possibly survive? This was previously published as The Other Way Round. 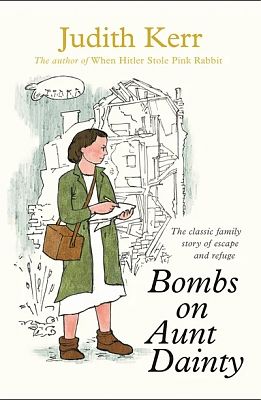 Paperback
Bombs On Aunt Dainty also appears in these Categories:

Secrets Of The Immortal Nicholas Flamel 1: The Alchemyst
Michael Scott
€9.75

The Hitchhiker's Guide to the Galaxy Illustrated Edition
Chris Riddell
€15.85

Clap When You Land
Elizabeth Acevedo
€9.75

All the Bad Apples
Moira Fowley-Doyle
€9.75