I am deeply impressed by the unique poetic sensibilities of Helen Soraghan Dwyer. In February 2010 she read her poems to large audiences of students and teachers of English literature in a number of colleges spread over three districts of southern Karnataka, including Mysore. Acting as an unofficial interpreter of her poems at several of these events I had an opportunityof experiencing the authentic self of the poet. I feel many of her poems lay bare in a vivid clarity the intense sorrow wreaked on innocent lives by perpetrators of ethnic cleansing and terrorist groups in several parts of the world. Her creative fervour remains unchanged whether her poems deal with the authors personal life or with issues affecting others. In tune with her themes her language is simple, sensitive and unpretentious. I see the emergence of a mother figure recounting stories of a world in which there resides unbearable sadness, but also hope. Finally, I am reminded of a woman's role as a recorder of myths, mores and histories, and feel that Helen rises to this challenge in the telling of poetic tales. - Dr. Mahadeva Kunderi, Professor, Department of Studies in English, University of Mysore, India. 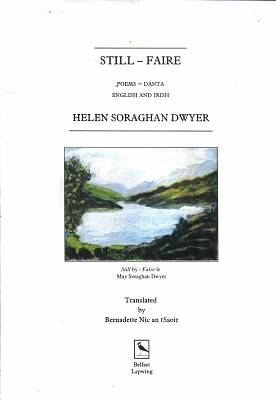 78% off
Roger Casement in Death: Or Haunting the Free State
W.J. McCormack
Paperback
€5.99

Half Price!
The Great Artists: Gustav Klimt
AN Hodge
Hardback
€7.99

68% off
The New Yorker Encyclopedia of Cartoons
Robert Mankoff
Hardback
€29.99

80% off
Quacks, Rogues and Charlatans of the RCP
Paul Strathern
Paperback
€3.00

83% off
The Book of Tephi
J.A. Goodchild
Hardback