Cora Staunton is an elite sportswoman: winner of four All-Irelands, 11 All-Stars and five Club All-Irelands. She is a trailblazer in the Australian Football League, and a hero in her native Mayo for her gaelic football skills. But it's been a long and eventful road for Cora. When she was young, she was small for her age, and had to prove herself at every level: to the boys in her club, to the Mayo selectors who took a chance on her as a teenager, but most importantly to herself. From Croke Park to the stadiums of Sydney, Cora has proved herself to be a master of the game. This is the story of how a young football-mad girl became a living legend. A story of female empowerment for younger readers. 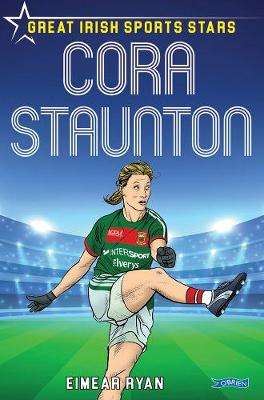 Write Your Own Scripts
Andrew Prentice
€12.50

3% off
How To Train Your Dragon The Hidden World: Dragon Gliders
DreamWorks Animation
€6.05

A First Stamp Album for Beginners
€7.20