'Crave is about to become fandom's new favourite vampire romance obsession' Hypable The one you crave is the one who could get you killed. The moment she steps foot inside, Grace knows there is nothing normal about Katmere Academy, or the students in it. Her uncle's exclusive and secretive boarding school is the last place she wants to be, but after the tragic deaths of both of her parents, she is left with no choice. It's not long before she discovers that she has entered a world like nothing she has ever known. Shapeshifters, witches and vampires roam the halls, existing in uneasy cooperation, a fragile web of alliances the only thing keeping them from war. As the lone mortal, the only thing Grace is sure of is that she doesn't belong. Then she meets Jaxon Vega, a vampire with deadly secrets who hasn't felt anything for a hundred years. Something in him calls to Grace - something that could spell her death. Because Jaxon walled himself off for a reason. And as Grace is drawn further under his spell, she begins to wonder: did she come to Katmere by accident, or was she brought here . . . as bait? From New York Times bestselling author Tracy Wolff, Crave is a captivating, addictive young adult paranormal fantasy - with a bite. 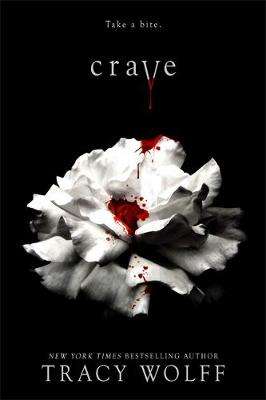 17% off
The Love Curse of Melody McIntyre
Robin Talley
€7.99