A towering figure in the musical and cultural evolution of modern Ireland, Brian Boydell (1917-2000) has been described as a 'renaissance man' and by President Mary Robinson as a 'tireless wheeler-dealer for music'. One of Ireland's leading twentieth-century composers, he was also an outspoken agitator and positive disruptor for the enrichment and expansion of music and cultural identity in Ireland. He became a household name as composer, broadcaster, adjudicator, public lecturer, performer, musicologist, professor of music at Trinity College Dublin and long-term member of the Arts Council. Stimulated by the centenary of his birth in 2017, this collection of 15 essays presents a welcome addition to the growing body of scholarship on Boydell's legacy and provides fresh perspectives on his diverse contributions to Ireland's music and culture. The wide range of contributors to the book parallels the breath of connection that Boydell continues to engender in generations of scholars and fellow enthusiasts. Essays consider his music, from his earliest works to his orchestral music and his pioneering compositions for Irish and concert harp; others focus on his dynamic contributions including his musicology, his decisive involvement as a founding member of the Music Association of Ireland, his transformational professorship at Trinity College Dublin, and his illuminating radio broadcasting. Less well known is that Brian Boydell exhibited as a painter in the 1940s, an aspect of his artistic creativity that is also explored in this book, as is his extensive collection of private papers now in Trinity College Library. Above all else, Creative Impulses, Cultural Accents: Brian Boydell's Music, Advocacy, Painting and Legacy celebrates an entirely fascinating figure who contributed immensely to the cultural evolution of a modern nation. 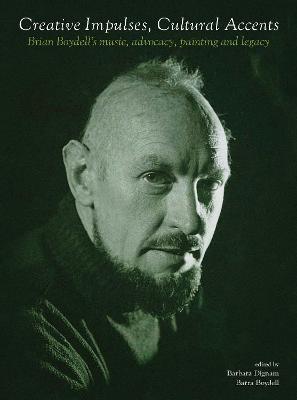 Signed
Down By The Bare Place
Joe Coleman
Paperback
€25.00

The 32: An Anthology of Irish Working-Class Voices
Paul McVeigh
Paperback
€11.99

9% off
Meeting the Other Crowd: The Fairy Stories of Hidden Ireland
Eddie Lenihan
Paperback
€16.99

You Will Dye At Midnight
Donal McCracken
Paperback
€20.00