Read the first biography of Crosby, Stills, Nash and Young, whose music and career illuminate the journey and legacy of 1960s counterculture. Between 1969 and 1974, Crosby, Stills, Nash and Young were the most successful, influential and politically potent rock band in America. More than any of their peers, they channelled and broadcast all the radical anger, romantic idealism and generational angst of their era. The vast emotional range of their music, from delicate acoustic confessionals to raucous counter-culture anthems, was mirrored in the turbulence of their personal lives. Crosby, Stills, Nash & Young is the first major biography of a band whose first two albums are undisputed rock classics, and which continues to attract a large and loyal following to their sporadic reunions. At the same time, Peter Doggett illuminates the pivotal years of 1960s counterculture through the story of four of its key protagonists, whose music, beliefs and relationships with each other chronicle both its trajectory and its legacy. 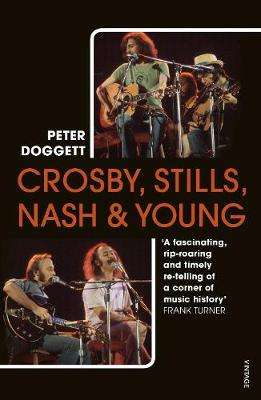