How undisclosed donations have infiltrated British politics, undermined public faith in democracy and fuelled the rise of populism across the West. Brexit has been the most significant decision in modern British political history. It was a vote with repercussions around the world, not least in the United States. But the money and influence that delivered it was far from the grass-roots campaign often depicted in the media. In Democracy for Sale, Peter Geoghegan documents the rise of dark money on both sides of the Atlantic, showing how it has circumvented - and corrupted - democratic mechanisms. We hear first-hand from the new generation of political communications gurus who have made data the most priceless commodity in politics, and step inside the transatlantic think tank world, where secret money can buy serious influence. We meet the whistle-blowers and transparency activists fighting against the increasing influence of money inpolitics, and see how easy it is to evade the cash-strapped regulators vainly struggling to police our democracy. 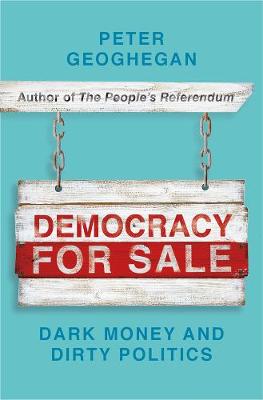