Everybody Dance: Chic and the Politics of Disco

With their era-defining music and instantly recognisable look, Chic's reputation as pioneers of disco has endured long after the movement itself. After their initial success in the 1970s with classics such as `Good Times', `Le Freak' and `I Want Your Love', Chic disbanded in 1983, with founding members Nile Rodgers and Bernard Edwards becoming in-demand producers. After Edwards' tragic early passing in 1996, Nile Rodgers' involvement in Daft Punk's 2013's smash hit `Get Lucky' catapulted Chic back to international acclaim. And now, from curating Meltdown in 2019 to headlining festivals all over the world, Nile Rodgers and Chic have arguably never been more popular. Covering the sweet successes and fallings out of favour, the creative process and encounters with Jimi Hendrix, David Bowie, Diana Ross, Madonna and others, the acclaimed Everybody Dance explores the highs and the lows of Chic's journey in fascinating detail. With a new foreword by Duran Duran founding member John Taylor and a host of new interviews with Nile Rodgers, Johnny Mathis and many others, to add to those with Ahmet Ertegun, Bryan Ferry and David Bowie, this edition bring their enthralling journey up to date. A must-read for any disco fan, Everybody Dance: Chic and the Politics of Disco is the essential story of the legendary band who still get us lost in music, over four decades on. 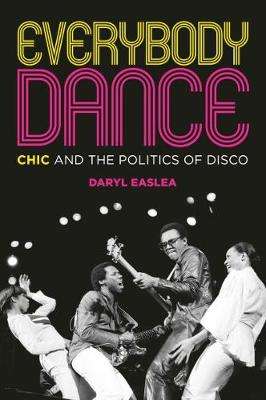 Paperback
Everybody Dance: Chic and the Politics of Disco also appears in these Categories:

This Searing Light, the Sun and Everything Else: Joy Division: The Oral History
Jon Savage
€16.25