The No 1 Bestseller 'A fascinating read' Sean O'Rourke, RTE Radio One 'Fat' Freddie Thompson first appeared in court in 1997. He was sixteen and already aspiring to be a major crime boss. Over the next twenty years his criminal career would be marked by mayhem, brutality and murder. In 2000 a row over a failed drugs deal ignited a murderous feud in Dublin's south inner city. The Crumlin-Drimnagh feud's first victim was a friend of Thompson's and he led his Crumlin crew in a series of tit-for-tat killings. Sixteen young men would lose their lives over the next fifteen years. Meanwhile, childhood friend, Daniel Kinahan, had become a senior figure in his father Christy Kinahan's international crime cartel. Working with the Kinahan Cartel Thompson launched himself as a drugs dealer in Dublin. When another deadly feud broke out in 2016 - between the powerful Kinahans and veteran Dublin criminal, Gerry 'The Monk ' Hutch - Thompson was ready to get his hands dirty. But Thompson's loyalty would be his undoing. In August 2018 he was convicted of murder and jailed. Fat Freddie is a gripping account of the rise and fall of Freddie Thompson. Award-winning crime journalist, Stephen Breen, co-author of the No 1 bestselling The Cartel, has written the definitive portrait of a notorious Dublin gangster, a shocking story of double-crossing, vengeance and murder. 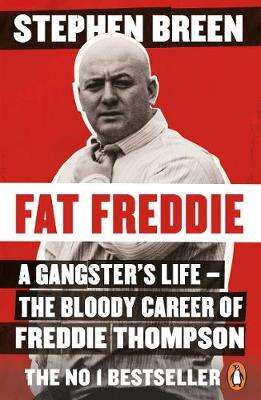