"He was a Fula. I say 'was', because I haven't seen him for a long time. I don't know if he's still alive or where he might be. He just disappeared." Maria is independent, unconventional and unafraid. She is trying to find an explanation for the disappearance of Ishmael, a refugee from Sierra Leone who came to her door as a newspaper boy and stayed for seven years. He was like a son to her. Vincent is a psychologist. Once he and Maria had an all-encompassing relationship, but since their break-up he has been living in a kind of haze. One day, Maria asks for his help. In the encounters that follow, Ishmael is pushed into the background by a rekindling of the old love between Vincent and Maria. The stories and memories that resurface come to replace the sadness at the loss of the boy. But despite the distraction of their new situation, Ishmael proves impossible to forget. Otto de Kat is known for concise novels that are beautifully observed, subtle and precise, and Freetown is no exception. Translated from the Dutch by Laura Watkinson 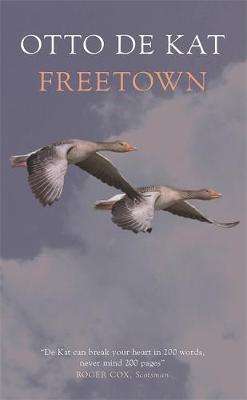 10% off
The Twelve Dates of Christmas
Jenny Bayliss
€8.69

10% off
Everything Inside
Edwidge Danticat
€9.77