Since it was coined by American Protestant evangelicals in the 1920s, the use of the term 'fundamentalist' has expanded to include a diverse range of radical conservatives and ideological purists, not all religious. Fundamentalism could now mean both militant Israeli settlers as well as the Islamist radicals who oppose them, it can mean Christians, Hindus, animal liberationists, and even Buddhist nationalists.

Ruthven investigates fundamentalism's historical, social, religious, political, and ideological roots, and tackles the polemic and stereotypes surrounding this complex phenomenon - one that eludes simple definition, yet urgently needs to be understood. 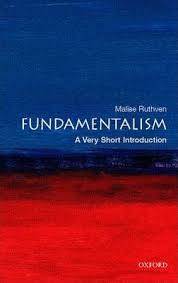 Do Right and Fear No One
Leslie Thomas QC
Hardback
€24.99

The Will to Power
Friedrich Nietzsche
Paperback
€13.75

Zen And The Art Of Motorcycle Maintenance
Robert Pirsig
Paperback
€13.75

How to Control the Uncontrollable
Ben Aldridge
Paperback
€16.25