Futureproof: 9 Rules for Humans in the Age of Automation

A New York Times bestselling author and tech columnist's counter-intuitive guide to staying relevant - and employable - in the machine age by becoming irreplaceably human. It's not a future scenario any more. We've been taught that to compete with automation and AI, we'll have to become more like the machines themselves, building up technical skills like coding. But, there's simply no way to keep up. What if all the advice is wrong? And what do we need to do instead to become futureproof? We tend to think of automation as a blue-collar phenomenon that will affect truck drivers, factory workers, and other people with repetitive manual jobs. But it's much, much broader than that. Lawyers are being automated out of existence. Last year, JPMorgan Chase built a piece of software called COIN, which uses machine learning to review complicated contracts and documents. It used to take the firm's lawyers more than 300,000 hours every year to review all of those documents. Now, it takes a few seconds, and requires just one human to run the program. Doctors are being automated out of existence, too. Last summer, a Chinese tech company built a deep learning algorithm that diagnosed brain cancer and other diseases faster and more accurately than a team of 15 top Chinese doctors. Kevin Roose has spent the past few years studying the question of how people, communities, and organisations adapt to periods of change, from the Industrial Revolution to the present. And the insight that is sweeping through Silicon Valley as we speak -- that in an age dominated by machines, it's human skills that really matter - is one of the more profound and counter-intuitive ideas he's discovered. It's the antidote to the doom-and-gloom worries many people feel when they think about AI and automation. And it's something everyone needs to hear. In nine accessible, prescriptive chapters, Roose distills what he has learned about how we will survive the future, that the way to become futureproof is to become incredibly, irreplaceably human. 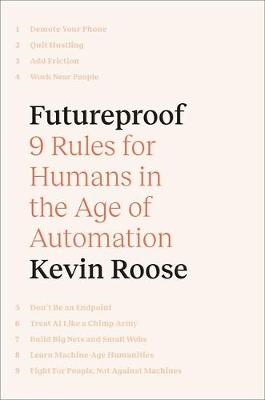 Paperback
Futureproof: 9 Rules for Humans in the Age of Automation also appears in these Categories:

12% off
iPad for Seniors in easy steps
Nick Vandome
Paperback
€19.80