Inspired by the development of Cubism, the Futurist movement was founded in 1909 by Filippo Tommaso Marinetti, along with painters Giacomo Balla. Umberto Boccioni, Carlo Carra, and Gino Severini. The school, which celebrated technology and the mechanical era, was comprised of painters, sculptors, designers, architects, and writers. Motion and machines were two main themes of this movement, which attacked the bastions of establishment and sparked controversy by its glorification of war and support of Fascism. Experimenting with movement, and speed, and abstract light and color, the Futurists developed approaches and techniques that were revolutionary at the time, and in retrospect one can see that the Futurists influenced other avant-garde art movements, most notably Russian Constructivism. Artists featured: Giacomo Balla, Umberto Boccioni, Anton Giulio Bragaglia, Carlo Carra, Tullio Crali, Fortunato Depero, Gerardo Dottori, Leonardo Dudreville, Virgilio Marchi, F.T. Marinetti, Enrico Prampolini, Luigi Russolo, Antonio Sant'Elia, Gino Severini. Mario Sironi, Ardengo Soffici. 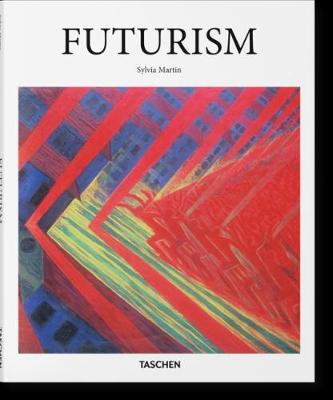 The World According to Colour: A Cultural History
James Fox
Hardback
€30.85

Kew: The Watercolour A to Z of Trees and Foliage
Adelene Fletcher
Paperback
€15.85

19% off
Schwatschke: Discovery of a Portrait Painter
Mary Robertson
Hardback
€10.00

How to Be an Artist
Jerry Saltz
Hardback
€12.35

Signs & Symbols: An illustrated guide to their origins and meanings
Miranda Bruce-Mitford
Hardback
€24.70