Hinduism: with a New Foreword by Amartya Sen

The essential guide to one of the world's most diverse and fascinating faiths, with a Foreword by Amartya Sen K. M. Sen discusses the evolution of Hinduism's central systems of belief and codes of conduct, as well as popular cults and sects such as Bhakti, Tantrika and the mystics of North India, and describes the varying incarnations of its supreme deity, Krishna and Rama among them. He recounts its history from the Indus Valley civilization c.2500 BC and the Vedic age nature gods to its relationship with Buddhism and Jainism and the impact of western culture. And he describes the day-to-day practice of Hinduism - customs, festivals and rituals; the caste system; and its philosophies and exponents. The author's grandson Professor Amartya Sen brings his work right up to date, examining the role of Hinduism in the world today. 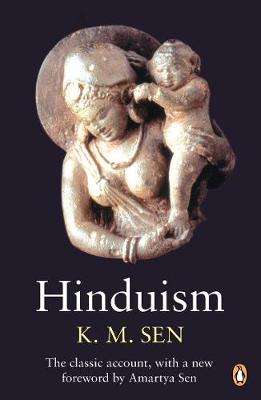 Paperback
Hinduism: with a New Foreword by Amartya Sen also appears in these Categories:

Who Is an Evangelical?: The History of a Movement in Crisis
Thomas S. Kidd
€18.05

11% off
From the Outside: Rethinking Church Doctrine
Tony Flannery
€14.99

Everything is Spiritual
Rob Bell
€18.05

A Journey of a Thousand Miles: Inspirations from the Tao Te Ching
Insight Editions
€9.05

Now and Zen: Notes from a Buddhist Monastery: with Illustrations
Eiyu Murakoshi
€12.05

Pathways to a Decision: With Ignatius of Loyola
Jim Maher
€12.95

The Invention of the Jewish People
Shlomo Sand
€13.25

To Raise the Fallen
Patrick Kenny
€9.99