Established in the mid-seventeenth century, the Quakers called themselves the Children of Light, then the Friends of Light and eventually the Society of Friends. Referred to as Quakers by their adversaries, they were to have a major influence on secular and religious events, and featured prominently in commercial enterprises, technological developments, philanthropy and science of the period.

Quakers are unique among Christians for not having creeds, clergy, consecrated buildings and sacraments. They are opposed to war and violence and have campaigned against many injustices. In the the twentieth century they were awarded the Nobel Peace Prize for their international work.

History of the Quakers of Limerick 1655-1900 charts the rise of Quakerism in Limerick and how Friends reacted to their situations and injustices in Ireland. it outlines their part in the commercial life of the city and their philanthropic activites, particularly during the Great Famine and how their close connections with the United States helped. Some Quaker names - such as Goodbody, Newsom, Mullock and Friends Provident - are still well known in the commerical life of the city. Many more names once forgotten are recalled in the histories of Quaker families who resided in Limerick since the arrival of the Socity of Friends in the seventeenth century.

The author Hiram Wood is a native of Limerick and a member of the Limerick Meeting of the Religious Society of Friends. He is a former member of the Committee of the Friends Historical Library, Dublin, which contain the most important manuscripts and records of the Society from 1670 to 1914. He frequently talks to local societies on the significance of Irish Quakers in Irish history and on their involment in commerical and philanthropic activites. 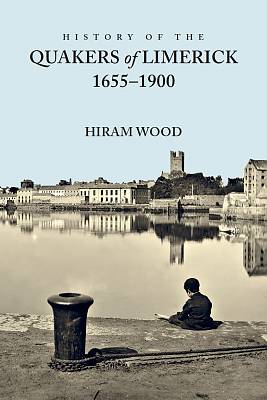 Hardback
History Of the Quakers of Limerick 1655-1900 also appears in these Categories:

A Stitch In Time - A History of Limerick's Clothing Factory
Sharon Slater
Hardback
€20.00