Hollow Places: A tree, a stone, a story, a name

Do you wonder where dragons once lurked and where local fairies baked their loaves? Or where wolves were trapped, and suicides buried? Did people in the past really believe the marvellous stories they told, and can those beliefs and stories still teach us something about how to live today? These questions lie at the heart of Christopher Hadley's Hollow Places as it searches through the centuries for the truth behind the legend of Piers Shonks, a giant from a village in Hertfordshire, who slew a dragon that once had its lair under an ancient yew in a field called Great Pepsells. Hollow Places takes us to the margins of the Bayeux Tapestry where strange creatures gather, to ancient woodland where hollow trees hide secrets, to eighteenth-century manuscripts where antiquaries scribbled clues to the identity of folk heroes. Hadley leads us back shivering to a church in Georgian England, to sketch the dragon on a tomb, to stand atop its tower triangulating the Elizabethan countryside, and to confront the zealous Mr Dowsing and his thugs looting the brasses and smashing the masonry during the Civil War. This enchanting book asks why Churchwarden Morris could not sleep at night, and how long bones last in a crypt, and where a medieval stonemason found his inspiration. The story of Piers Shonks is the survivor of an 800-year battle between storytellers and those who would mock or silence them. It stands for all those thousands of seemingly forgotten tales that used to belong to every village. It is an adventure into the past by a talented and original new writer, and a meditation on memory and belief that underlines the importance and the power of the folk legends we used to tell and why they still matter. 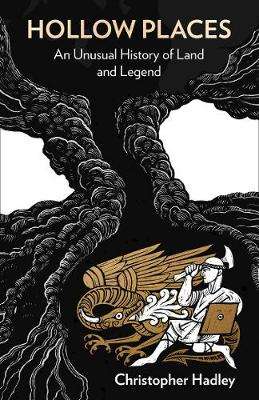 Hardback
Hollow Places: A tree, a stone, a story, a name also appears in these Categories: