HUMAN, ALL TOO HUMAN

Written after Nietzsche had ended his friendship with Richard Wagner and had been forced to leave academic life through ill health, Human, All Too Human (1878) can be read as a monument to his personal crisis. It also marks the point when he matured as a philosopher, rejecting the German romanticism espoused by Wagner and Schopenhauer and instead returning to sources in the French Enlightenment. Here he sets out his unsettling views in a series of 638 stunning aphorisms - assessing subjects ranging from art to arrogance, boredom to passion, science to vanity and women to youth. This work also contains the seeds of concepts crucial to Nietzsche's later philosophy, such as the will to power and the need to transcend conventional Christian morality. The result is one of the cornerstones of his life's work. 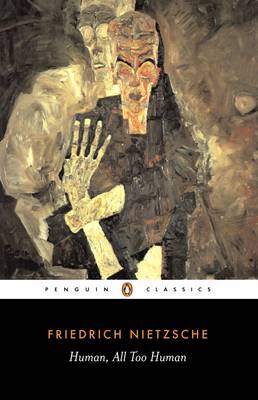 Paperback
HUMAN, ALL TOO HUMAN also appears in these Categories:

Lessons in Stoicism: What Ancient Philosophers Teach Us about How to Live
John Sellars
€9.75

The Good Ancestor: How to Think Long Term in a Short-Term World
Roman Krznaric
€13.40

What Is Existentialism?
Simone de Beauvoir
€7.20

MAN ALONE WITH HIMSELF
Friedrich Nietzsche
€5.99

The Last Days Of Socrates
Plato
€9.65

Beyond Good and Evil
Friedrich Nietzsche
€12.05

What They Forgot to Teach You in School
The School of Life
€18.05