Rugby's long history is full of tales of inspirational courage. Yet there has never been a rugby player quite as remarkable, quite as jaw-droppingly brave, as Ian McKinley. On January 16, 2010, the young fly-half was one of Ireland's hottest rugby prospects. But his life was about to change forever. While playing for University College Dublin, a horrifying injury to his left eye saw McKinley's vision, his world and his future come crashing down around him. The injury left McKinley blind in one eye and bereft, forcing him into early retirement, his life plans scattered in the wind. After relocating to Italy to heal and rebuild himself as a youth rugby coach, a heartbroken McKinley battled on until, in the end, he vowed to do whatever it took to once again play the sport he loved. As he discloses in Second Sight in painstaking detail for the first time, McKinley poured his heart and soul into finding a way to play. He endlessly researched specialist goggles and he tenaciously fought his case against sceptical World Rugby bosses until finally, finally, he did the impossible - he came back. On November 11, 2017, against Fiji, McKinley became the first visually impaired man to ever feature in a Test match, playing at fly-half for Italy - his beloved, adopted nation. His efforts drew gasps of admiration from the crowd and tears of respect from teammates and opposition alike. In Second Sight, McKinley outlines how returning to rugby gave him the chance to highlight his skill at the highest level but, more importantly, how it helped him make peace with his injury and the unique way fate has intervened in his life. After eventually retiring for a second, and final, time in March 2021, in Second Sight McKinley tells an astounding sporting story like no other - and a tale that deserves to be heard, and applauded, around the globe. 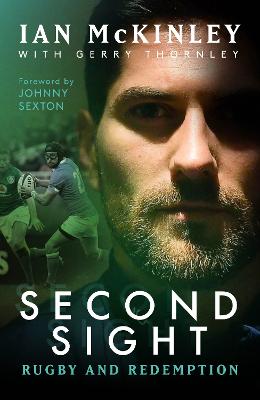 I Love This Game: The Autobiography
Patrice Evra
Paperback
€12.50

74% off
CRITICAL POSTMODERNISM IN MOVEMENT
Balboa
€24.19