Icebound In The Arctic

Captain Francis Crozier was a major figure in 19th century Arctic and Antarctic exploration who led the doomed Franklin Expedition's battle to survive against the odds. It is a compelling story which refuses to be laid to rest and recent discovery of his lost ships above the Arctic Circle gives it a new urgency. The ships may hold vital clues to how two navy vessels and 129 men disappeared 170 years ago and why Crozier, in command after Franklin's early death, left the only written clue to the biggest disaster in Polar history. Drawn from historic records and modern revelations, this is the only comprehensive account of Crozier's extraordinary life. It is a tale of a great explorer, a lost love affair and an enduring mystery. Crozier's epic story began comfortably in Banbridge, Co Down and involved six gruelling expeditions on three of the 19th century's great endeavours - navigating the North West Passage, reaching the North Pole and mapping Antarctica. But it ended in disaster. 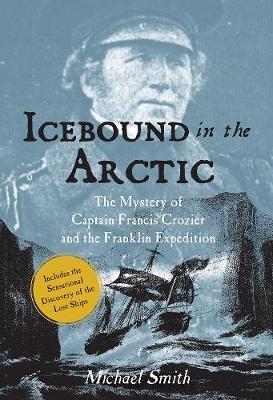 Trade Paperback
Icebound In The Arctic also appears in these Categories: