In a Free State

In a Free State tells the story first of an Indian servant in Washington, who becomes an American citizen but feels he has ceased to be a part of the flow. Then of a disturbed Asian West Indian in London who, in jail for murder, has never really known where he is. Then the central novel moves to Africa, to a fictional country somewhere like Uganda or Rwanda.

The novel's central characters once found Africa liberating, but now it has gone sour on them. The land is no longer safe, and at a time of tribal conflict they have to make the long drive to the safety of their compound. At the end of this drive  the narrative tight, wonderfully constructed, the formal and precise language always instilled with violence and rage  we know everything about the English characters, the African country and the Idi Amin-like future awaiting it. This is one of V. S. Naipauls greatest novels, hard but full of pity.

This is a story about displacement, the yearning for the good place in someone elses land and the attendant heartache. 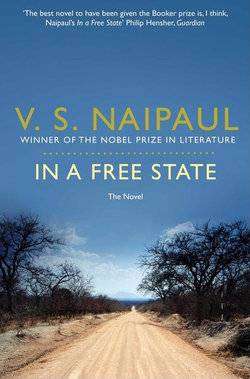 Paperback
In a Free State also appears in these Categories: