The determination of the EU to ensure that the outcome of the negotiations would have to be acceptable to the Irish government was initially regarded with incredulity in London. That mood gave way to frustration and even anger as the talks progressed and it became clear that the EU was prepared to accept a no-deal outcome rather than abandon the requirement that there could not be a hard Border in Ireland.

Irelands Call tells the inside story of how Irish political leaders and officials waged a successful diplomatic campaign to achieve their goals, enlisting the support of the EU institutions and member states for their strategy. It triggered chaos in the House of Commons, the sacking of one prime minister and a spectacular U-turn by her successor.

Through interviews with some of the leading players in the process and research into the behind-the-scenes diplomatic activity, Irelands Call reveals how the Irish campaign was devised and pursued to a successful conclusion. Along the way there were dizzying twists and turns but, in the end, the dogged persistence of the Irish government, supported by the serene determination of Michel Barnier and the EU negotiating team, prevailed.

While the detailed operation of the Ireland/Northern Ireland Protocol is still being argued over in the summer of 2022, it is clear that whatever happens in the future, Brexit has altered the relationship between Ireland and Britain in ways unimagined by the Leave campaigners. 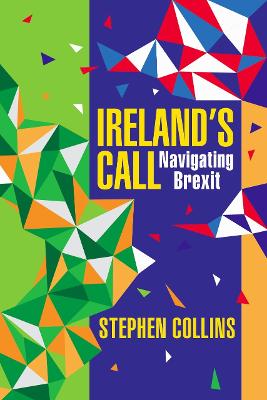