Since she stepped onstage unannounced at the 1959 Newport Folk Festival, Joan Baez has occupied a singular place in popular music. Within three years, she had recorded three best-selling albums and had embarked on a tour of southern US campuses, playing to integrated audiences in an era of segregation. When Time magazine chronicled the folk revival in November 1962, her portrait was on the cover. Her voice was "as lustrous and rich as old gold." She has mentored generations of singer-songwriters, most famously Bob Dylan. But Joan Baez has always been much more than simply a singer. Even before she stepped on to the podium beside Dr Martin Luther King at the March on Washington, her voice was raised in sorrow and anger as well as in song. The causes for which she has campaigned are legion and it's no surprise that she was chosen to open Live Aid in Philadelphia in 1985. In 1993, amid the siege of Bosnia, she donned a flak jacket to sing for the citizens of Sarajevo offering, as so many times before and since, "an act of love, sharing, witness and music".

Now approaching 80, Baez has stepped down from the stage following a worldwide farewell tour and a final Grammy-nominated album. The Last Leaf is a celebration of a timeless figure whose music and influence will endure long after her voice is silenced. The Discography is by Grammy-nominated music historian Arthur Levy. Joan Baez is the recipient of the 2020 Woody Guthrie Prize. 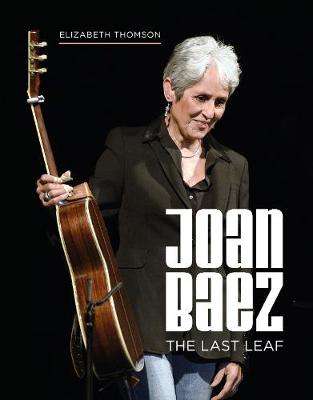