On a dark November morning in 1920, Kevin Barry, head held high, marched to his death in Mountjoy Prison. He was the first and youngest person hanged during the Irish War of Independence. Born the fourth of seven children, the family was split between Dublin and Carlow, after the early death of his father. He loved playing Gaelic football, Hurling and Rugby. A brilliant student, he won a scholarship to study medicine. Kevin also had another life, as a soldier in the Irish Volunteer Army with the sole purpose of obtaining a free independent Ireland. Then his two worlds collided and his part in the Monk's Bakery Ambush sealed his fate. By sticking to his principles and making the ultimate sacrifice, he instigated the move towards a truce that would change the course of Irish history forever. What led this teenager to forego his bright future for the gallows? 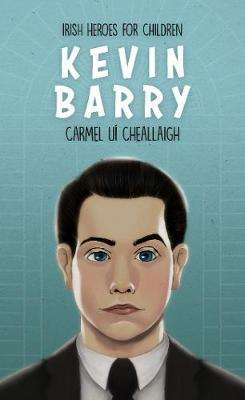 20% off
Oliver Cromwell: The Most Hated man in Ireland
Rod Smith
€7.19