Cantona the legend. Cantona the enigma. Cantona the King. Eric Cantona was at Manchester United for just five years, yet his legacy and influence endure. Over that period, he became the first foreigner to be voted best player by sports journalists, was crowned player of the century by the team's supporters, and voted the most emblematic player in the Premier League during its opening decade. The Frenchman fascinated both fans of the game and those who knew nothing about football - a hugely popular player who showed mercurial talent on the pitch, but one who remains almost unknown away from it. Claude Boli met Cantona at the very beginning of his playing career in France, when he was a teammate to Boli's brothers. They shared an apartment, passions for music, literature, art and, of course, football. In 1992 Cantona moved to Manchester, where Boli was studying at the university. They spent virtually all their free time together and Boli attended almost every match Cantona played at Old Trafford, rubbing shoulders with Alex Ferguson, Sir Bobby Charlton, George Best, David Beckham, Roy Keane and others. Boli was there for the aftermath of the infamous kung-fu kick and then the court hearing, to hear Cantona's thoughts on his fellow players, how the club was run, his relationship with the manager, his hopes and fears. They walked the streets of Manchester together, enjoyed 1990s music and culture together, even learnt the trumpet together and remain close friends to this day. In The King and I Boli gives us unparalleled insight into Cantona the footballer, Cantona the friend, and Cantona the man. 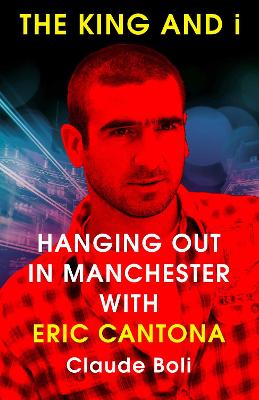 Hardback
King and I also appears in these Categories: