A moving tragedy of political intrigue and family strife, William Shakespeare's King Lear is edited by George Hunter, with an introduction by Kiernan Ryan in Penguin Shakespeare. 'How sharper than a serpent's tooth it is to have a thankless child!' The ageing King Lear, tired of office, decides to split his kingdom between his three daughters, Goneril, Regan and Cordelia; but the decision to allot their share based on the love they express for him proves to be a terrible mistake. When Cordelia refuses to take part in her father's charade, she is banished, leaving the king dependent on her manipulative and untrustworthy sisters. In the scheming and recriminations that follow, not only does the king's own sanity crumble, but the stability of the realm itself is also threatened. Cast out into the wilderness with a wise Fool and a cunning madman, it is only after losing what he values most that Lear understands the depth of his folly. This book contains a general introduction to Shakespeare's life and Elizabethan theatre, a separate introduction to King Lear, a chronology, suggestions for further reading, an essay discussing performance options on both stage and screen, and a commentary. William Shakespeare (1564-1616) was born to John Shakespeare and Mary Arden some time in late April 1564 in Stratford-upon-Avon. He wrote about 38 plays (the precise number is uncertain), many of which are regarded as the most exceptional works of drama ever produced, including Romeo and Juliet (1595), Henry V (1599), Hamlet (1601), Othello (1604), King Lear (1606) and Macbeth (1606), as well as a collection of 154 sonnets, which number among the most profound and influential love-poetry in English. If you enjoyed King Lear, you might like Othello, also available in Penguin Shakespeare. "The themes of love and loss, the futility of ambition, the pains of parenthood and the rewards of patience are treated with a magic touch." (Ian Richardson). 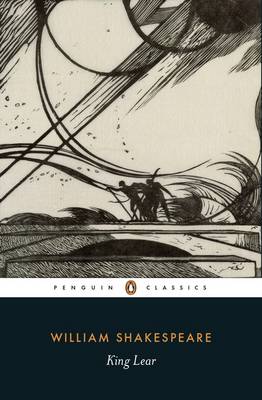 On the Road
Jack Kerouac
Paperback
€12.50