The Winter's Tale: The Oxford Shakespeare

The Winter's Tale is Shakespeare's most perfectly realized tragi- comedy, as notable for its tragic intensity as for its comic grace and, throughout, for the richness and complexity of its poetry. It concludes, moreover, with the most daring and moving reconciliation scene in all Shakespeare's plays. Though the title may suggest an escapist fantasy, recent criticism has seen in the play a profoundly realist psychology and a powerful commentary on the violence implicit in family relationships and deep, longlasting friendships. Stephen Orgel's edition considers the play in relation to Renaissance conceptions of both dramatic genre and the family, traces the changing critical and theatrical attitudes towards it, and places its psychological and dramatic conflicts within the Jacobean cultural and political context. The commentary pays special attention to the play's linguistic complexity, and the edition also includes a complete reprint of Shakespeare's source, Pandosto, by Robert Greene. ABOUT THE SERIES: For over 100 years Oxford World's Classics has made available the widest range of literature from around the globe. Each affordable volume reflects Oxford's commitment to scholarship, providing the most accurate text plus a wealth of other valuable features, including expert introductions by leading authorities, helpful notes to clarify the text, up-to-date bibliographies for further study, and much more. 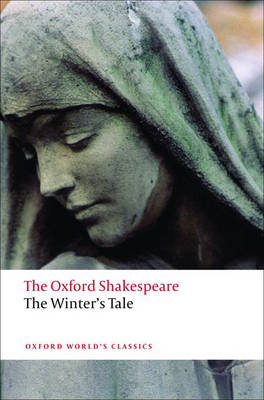 Paperback
The Winter's Tale: The Oxford Shakespeare also appears in these Categories:

The Return of the Soldier - Virago Press
Rebecca West
Paperback
€12.50

The Turn of the Screw and Other Stories
Henry James
Paperback
€8.75