The Beauty Queen Of Leenane

Set in the mountains of Connemara, County Galway, 'The Beauty Queen of Leenane' tells the darkly comic tale of Maureen Folan, a plain, lonely woman in her early forties, and mag, her manipulative ageing mother, whose interference in Maureen's first and possibly final chance of a loving relationship sets in motion a train of events that leads inexorably towards the play's terrifying denouement.

'The Beauty Queen of Leenane' was first presented as a Druid Theatre/Royal Court Theatre co-production in January 1996. The play won the George Divine Award, the writer's Guild Award, the Critic's Circle Award and Martin McDonagh received the Evening Standard Award for the Most Promising Playwright. The production transferred to New York, opening on Broadway in April 1998, and was nominated for six Tony Awards. Druid Theatre/Royal Court Theatre presented a touring production of the play in February 2000. 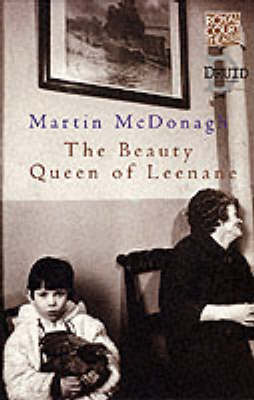 Paperback
The Beauty Queen Of Leenane also appears in these Categories:

The Return of the Soldier - Virago Press
Rebecca West
€10.85

The Playboy of the Western World and Other Plays
J. M. Synge
€9.65