Limerick Soviet 1919: The Revolt of the Bottom Dog

One hundred years ago the workers of Limerick staged a general strike and took over the city in defiance of the British Army. For ten days the workers organised through a Strike Committee food distribution, power supplies, transport, communications and public order. The Limerick Soviet was a major event in the revolutionary period that ultimately led to the independence of the Irish Free State from the British Empire. The book looks at the history of the Limerick working class in the nineteenth century. It analyses the rise of trade unions in Limerick city and county. The events of the general strike are reviewed. Finally, the impact of the Limerick Soviet in Ireland the the emergence of a combative trade union movement that challenged both British imperialism and Irish nationalism.

This book is an important work in the decades of centenaries in Irish history. It demonstrates that the history of the Irish working class is far deeper than is recognised in conventional history books written about this period and it shows the potential that existed for the Irish working class to take political power into their own hands. 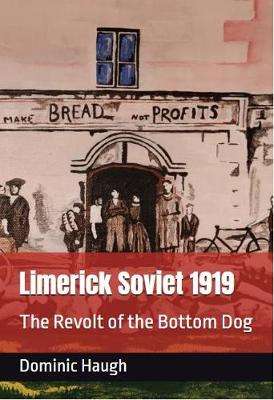 Paperback
Limerick Soviet 1919: The Revolt of the Bottom Dog also appears in these Categories:

Shadows on my Shoulder
Con Hurley
€12.00

12.5% off
The Boundless and Miraculous: Found Poems in the Letters of Vincent Van Gogh
Larry Stapleton
€19.95

For Every One
Jason Reynolds
€9.85