'My son Jacques is telling my story. I always wanted to tell it myself but never could. Maybe my English wasn't good enough. I never had the courage. I never imagined for a second it would be written down.' As a reporter, Jacques Peretti has spent his life investigating important stories. But there was one story, heard in scattered fragments throughout his childhood, that he never thought to investigate. The story of how his mother survived Auschwitz. In the few last months of the War, thirteen-year-old Alina Peretti, along with her mother and sister, was one of thirteen thousand non-Jewish Poles sent to Auschwitz, in the wake of the Warsaw Uprising. Her experiences there, which she rarely discussed, cast a shadow over the rest of her life. Now ninety, Alina has been diagnosed with dementia. Together, mother and son begin a race against time to record her memories and preserve her family's story. For the first time, Alina recalls her experiences as a child during the Second World War, the horrors that she witnessed in Auschwitz and the miraculous story of how she survived a firing squad. Along the way, Jacques learns long-hidden secrets about his mother's family; his mysterious grandfather who lived a double-life, his grandmother who read tarot cards in a Soviet labour camp, and his aunt and uncles, whose fate he never knew. He also gains an understanding of his mother through retracing her past, learning more about the woman who would never let him call her 'Mum'. 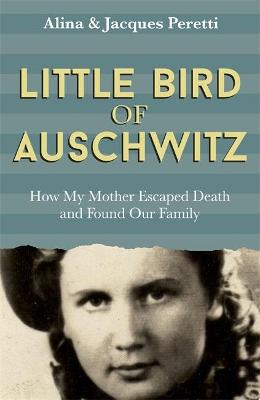 15% off
Yeah, But Where Are You Really From?
Marguerite Penrose
Paperback
€15.99

A Simple Story: Dancing for His Life
Leila Guerriero
Hardback
€14.58