One of the most controversial novels of the twentieth century, Vladimir Nabokov's Lolita is a strange, troubling love story told by the one of the most unreliable narrators in literature. This Penguin Modern Classics edition includes an afterword by Craig Raine. Poet and pervert, Humbert Humbert becomes obsessed by twelve-year-old Lolita and seeks to possess her, first carnally and then artistically, out of love, 'to fix once for all the perilous magic of nymphets'.

Is he in love or insane? A silver-tongued poet or a pervert? A tortured soul or a monster? Or is he all of these? Humbert Humbert's seduction is one of many dimensions in Nabokov's dizzying masterpiece, which is suffused with a savage humour and rich, elaborate verbal textures. Filmed by Stanley Kubrick in 1962 starring James Mason and Peter Sellers, and again in 1997 by Adrian Lyne starring Jeremy Irons and Melanie Griffith, Lolita has lost none of its power to shock and awe. 'Lolita is comedy, subversive yet divine ... 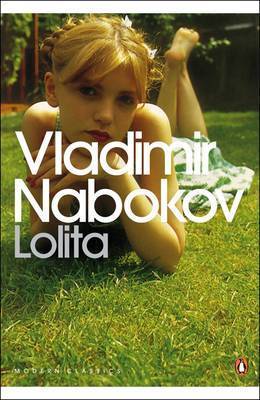