My Life in Loyalism

Growing up in the Shankill area of Belfast and living through the sectarian turmoil of the late 1960s, Billy Hutchinson joined the UVF in the early 1970s. In 1974, at the age of just 19, he was sentenced to life in prison, and it was in the cages of Long Kesh that he first came under the influence of loyalist icon Gusty Spence. Hutchinson spent much of the 1980s as overall Commanding Officer of UVF/Red Hand Commando prisoners, and upon his release, became involved with the recently established Progressive Unionist Party. As an authentic link between the UVF and the PUP, he was at the forefront of negotiations that led to the Belfast Agreement and was the UVF's point of contact during the weapons decommissioning programme.

Written with candour and honesty, this is a lively first-hand account of an extraordinary life and reveals previously hidden episodes of both the Northern Ireland Troubles and the high-profile negotiations that led to the Belfast Agreement of 1998. From Tartan gang member to leading loyalist paramilitary, and from progressive unionist politician to respected Belfast City Councillor, My Life in Loyalism is Billy Hutchinson's remarkable story. 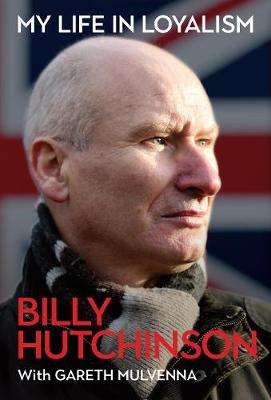 Paperback
My Life in Loyalism also appears in these Categories: