'A dark and bloody tale, well leavened with bone-dry humour, and with a dramatic climax that has about it the flavour of a Jacobean tragedy' Guardian 'Set to become an Irish cult classic' Sunday Business Post An ambitious noble and his three serving men travel through the Irish countryside in the stifling summer of 1348, using the advantage of the plague which has collapsed society to buy up large swathes of property and land. They come upon Nobber, a tiny town, whose only living habitants seem to be an egotistical bureaucrat, his volatile wife, a naked blacksmith, and a beautiful Gaelic hostage. Meanwhile, a band of marauding Gaels are roaming around, using the confusion of the sickness to pillage and reclaim lands that once belonged to them. As these groups converge upon the town, the habitants, who up until this point have been under strict curfew, begin to stir from their dwellings, demanding answers from the intruders. A deadly stand-off emerges from which no one will escape unscathed. 'A writer out to do whatever the hell he wants . . . a grisly, gross-out slice of medieval life and death, it's vigorously, writhingly itself, spilling out of any box you put it in' Observer 'NOBBER is hallucinatory and sly, conjuring a densely strange and savagely captivating world. There are lots of novels, and there are lots of novels that are all much alike, but there is nothing like NOBBER' Colin Barrett 'A skilled storyteller with a rich command of language and rare comedic flair' Irish Times 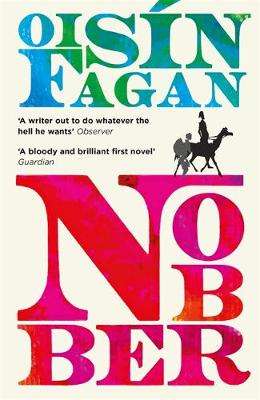