Of Curses and Kisses: A St. Rosetta's Academy Novel

For Princess Jaya Rao, nothing is more important than family. That's why when she finds out she'll be attending the same elite boarding school as Grey Emerson, a member of the rival royal family behind a humiliating scandal involving her little sister, she schemes to get revenge on the young nobleman in order to even the score between their families. The plan? Make him fall in love with her and then break his heart the way his family has broken hers. Grey Emerson doesn't connect with people easily. Due to a curse placed on his family by the Raos that his superstitious father unquestioningly, annoyingly believes in, Grey grew up internalising that he was doomed from the day he was born. Sequestered away at St. Rosetta's Academy, he's lived a quiet existence in relative solitude. That is, until Jaya Rao bursts into his life. Jaya is exuberant and elegant and unlike anyone Grey has ever met before, but he can't help feeling that she's hiding something behind her beautiful smile and charmingly awkward attempts at flirting. Despite his better instincts, though, he starts to fall for her. Jaya's plan isn't totally going according to plan. For one, Grey is aggravatingly handsome. And for two, she's realising there's maybe more to him than his name and his family imply. The stars are crossed for Jaya and Grey. But can they still find their fairy-tale ending? 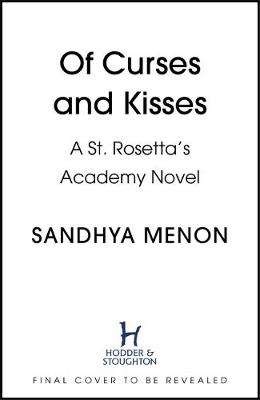 Paperback
Of Curses and Kisses: A St. Rosetta's Academy Novel also appears in these Categories: