On Bloody Sunday: A New History Of The Day And Its Aftermath

In January 1972, soldiers from Britain's 1st Battalion Parachute Regiment opened fire on a peaceful civil rights march in Derry, Northern Ireland, leaving 13 dead and 18 injured. Within hours, they informed the world that they had won an 'IRA gun battle,' an official narrative that stuck for decades.

In 2010, Lord Saville found the British army fired first, and that most victims were either shot in the back while running away or helping someone in need. Seven of those killed were teenage boys.

Oral historian Julieann Campbell's 17-year-old uncle was the first person killed. Now, fifty years on, she draws on dozens of interviews and rare, unseen accounts to weave together a remarkable book offering extraordinary insight into one of the darkest moments in modern history. Told by the ordinary people present, On Bloody Sunday is a reminder of the true human cost of conflict. 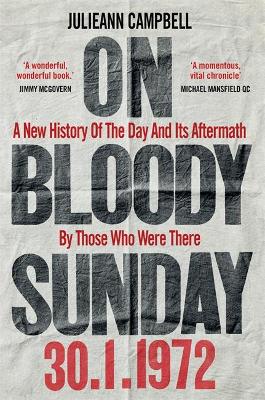 20% offTrade Paperback
On Bloody Sunday: A New History Of The Day And Its Aftermath also appears in these Categories: