Sean O'Neill was born in 1955 in Dublin. A bookbinder for a time, he has spent most of his life so far playing or teachin gmainly classical music. He was int eh Artane Boys Band for several years and for nine years was a member of the ArmyNo.1 Band. He also deputised in the R.T.E. orchestras on oboe. At present he teaches clarinet, oboe, recorder and saxophone at the North Dublin School of Music, with the Lucan Concert Band and with the Ballyfermot Vocational Music School. He has written an article on the O'Neill inauguration site at Tullaghoge, which was published in the O'Neill Country Historical Society's Journal - "Duiche Neill", in 1988. He traces his ancestry back to eighteenth century south-west Wicklow and as a result he has completed an extensive investigation into the origins and geneaology of the O'Neills of Magh de Chonn (situated west of Shilelagh in south-west Wicklow and in St. Mullins Upper, Carlow). It is proposed that the Irish Heritage Association will publish this material under the title, " The O'Neills of Leinster", sometime during the summer of 1991. 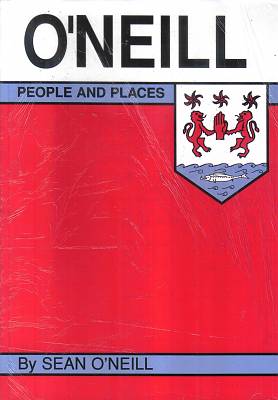 Paperback
O'Neill: People and Places also appears in these Categories: