One of the greatest epic poems of the Italian Renaissance, Orlando Furioso is an intricate tale of love and enchantment set at the time of the Holy Roman Emperor Charlemagne's conflict with the Moors. When Count Orlando returns to France from Cathay with the captive Angelica as his prize, her beauty soon inspires his cousin Rinaldo to challenge him to a duel - but during their battle, Angelica escapes from both knights on horseback and begins a desperate quest for freedom. This dazzling kaleidoscope of fabulous adventures, sorcery and romance has inspired generations of writers - including Spenser and Shakespeare - with its depiction of a fantastical world of magic rings, flying horses, sinister wizardry and barbaric splendour. 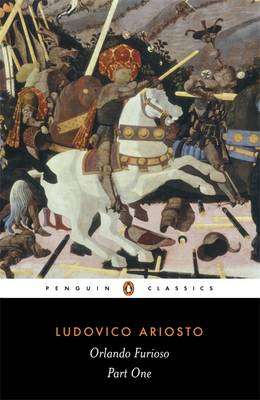 Paperback
Orlando Furioso Part One also appears in these Categories:

Set Me On Fire: A Poem For Every Feeling
Ella Risbridger