Our Bodies, Their Battlefield: What War Means For Women

From award-winning war reporter and co-author of I Am Malala, this is a searing, angry reckoning of a book that exposes the unheard stories of women during war, and how in countries around the world today rape is used as a weapon. Rape and war have a long and painful history, stretching back from Alexander the Great through the 'comfort women' of the Imperial Japanese Army and the rapes of German women by the Red Army during World War Two. Today, the story hasn't changed. Rape is an insidious, growing part of war used against hundreds of thousands of women - often as part of barbaric military strategy. This book is the first major account to address the terrible scale of sexual assault in modern conflict. It is also a biting condemnation of the way rape is accepted and ignored. Though rape was - at last - formalised as an international war crime in 1919, there has since been one single conviction. Christina Lamb has worked in war and combat zones for over thirty years. With unflinching attention and unfailing care and humanity, she tells both the global stories and the individual experiences of women within war. Moving between conflicts, this is an account of Bangladesh in 1970-1 when as many as 400,000 women were strung up against trees and raped deliberately by Pakistani troops to skew the population and breed Punjabis; of Bosnia, where in the nineties 20,000 women were forced into camps and sexual slavery by Serbian soldiers; of the rapes of an estimated quarter of a million Tutsi women during the Rwandan genocide; of the abduction of thousands of Yazidi women by the Islamic State and Boko Haram; of the 219 Chibok teenagers taken from their school dormitories in Nigeria; and, horrifically, of many other human rights failings. With truly international scope, Christina Lamb's book asks we recognise that if these events are difficult for us to hear, they are far harder for the people who lived them to forget. Determined, it is an effort to amplify the voices and stories of women in war. Furious, it is a call to bring justice against the perpetrators of war rape. Insistent, it is a demand not to turn away from hard truths, but to look and work hard at making change. 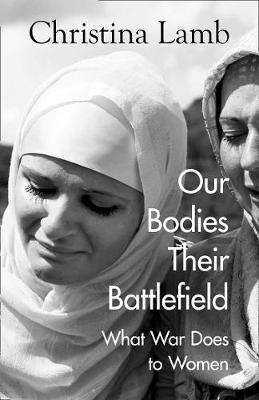 20% off
Our Bodies, Their Battlefield: What War Means For Women also appears in these Categories: