Welcome to Overland! Where the California sun shines down on synthetic grass and plastic oranges bedeck the trees all year round. Steam billows gently from the chimney tops and the blue tarpaulin lake is open for fishing... Hollywood set-designer George Godfrey has been called on to do his patriotic duty and he doesn't believe in half-measures. If he is going to hide an American aircraft plant from the threat of Japanese aerial spies he has an almighty job on his hands. He will need an army of props and actors to make the Lockheed factory vanish behind the semblance of a suburban town. Every day, his "Residents" climb through a trapdoor in the factory roof to shift model cars, shop for imaginary groceries and rotate fake sheep in felt-green meadows. Overland is a beacon for the young women labouring below it: Queenie, dreaming of movie stardom while welding sheet metal; Kay, who must seek refuge from the order to intern "All Persons of Japanese Ancestry". Meanwhile, George's right-hand Resident, Jimmy, knows that High Command aren't at all happy with the camouflage project... With George so bewitched by his own illusion, might it risk confusing everybody - not just the enemy? Overland is a book like no other -- to be read in landscape format. Based on true events, it is a novel where characters' dreams and desires come down to earth with more than a bump, confronting the hardships of life during wartime. As surreal and playful as it is affecting and unsettling, no-one other than Graham Rawle could have created it. 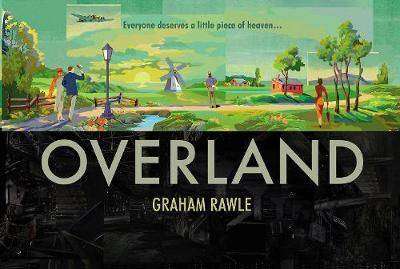 Secrets in the Snow
Emma Heatherington
€9.65

61% off
Help The Witch
Cox Tom