`The most impressive novelist of his generation' Sunday Telegraph In Paris every building seems to hold the echo of an unacknowledged past... American academic Hannah and runaway Moroccan teenager Tariq have little in common, yet both are susceptible to the daylight ghosts of Paris. Hannah listens to the extraordinary witness of women who were present under the German Occupation and finds a city bursting with clues, connections and past love affairs. In the migrant suburbs, a rarely seen corner of Paris, Tariq is searching for a mother he barely knew. For him in his innocence, each boulevard, Metro station and street corner is a source of surprise. In this urgent and deeply moving novel, Faulks deals with questions of empire, grievance and identity. With great originality and a dark humour, Paris Echo asks how much we really need to know if we are to live a valuable life. 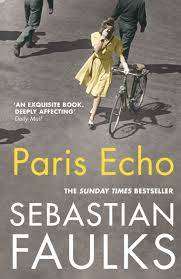