Patrick O'Brian's Aubrey-Maturin tales are widely acknowledged to be the greatest series of historical novels ever written. To commemorate the 40th anniversary of their beginning, with Master and Commander, these evocative stories are being re-issued in paperback with smart new livery. This is the second book in the series.

Patrick O'Brian is regarded by many as the greatest historical novelist now writing. Post Captain, the second novel in his remarkable Aubrey/Maturin series, led Mary Renault to write: 'Master and Commander raised dangerously high expectations; Post Captain triumphantly surpasses them.' This tale begins with Jack Aubrey arriving home from his exploits in the Mediterranean to find England at peace following the Treaty of Amiens. He and his friend Stephen Maturin, surgeon and secret agent, begin to live the lives of country gentlemen, hunting, entertaining and enjoying more amorous adventures.

Their comfortable existence, however, is cut short when Jack is overnight reduced to a pauper with enough debts to keep him in prison for life. He flees to the continent to seek refuge: instead he finds himself a hunted fugitive as Napoleon has ordered the internment of all Englishmen in France. Aubrey's adventures in escaping from France and the debtors' prison will grip the reader as fast as his unequalled actions at sea. 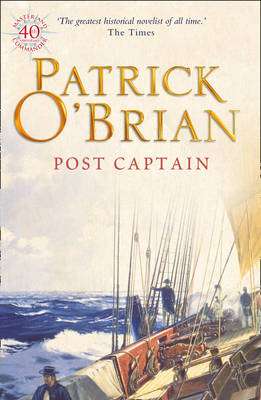