The Art of Star Wars: The Mandalorian (Season Two)

The Art of Star Wars: The Mandalorian (Season Two) takes fans behind the scenes of the second season of the Emmy Award-winning Disney+ live-action Star Wars television series. Filled with concept art, character, vehicle, weapon, and creature designs, and interviews with key crew and creatives, including executive producer/showrunner/writer Jon Favreau and executive producer/director Dave Filoni, The Art of Star Wars: The Mandalorian (Season Two) will provide readers with an exclusive look at the stunning art and design work that helped bring new and returning characters and locations to life. Season two of The Mandalorian tracks the continuing adventures of Din Djarin and The Child as they explore the far reaches of the Star Wars Galaxy, alongside returning allies from the first season. Along the way, they encounter a gallery of exciting new cast members including Rosario Dawson (Sin City, Kids) as Ahsoka Tano, Timothy Olyphant (Justified, Deadwood) as Cobb Vanth, Katee Sackhoff (Star Wars: Clone Wars, Battlestar Galactica) as Bo Katan, and Temuera Morrison (Star Wars Episode II: Attack of the Clones) as the fan-favorite bounty hunter Boba Fett. 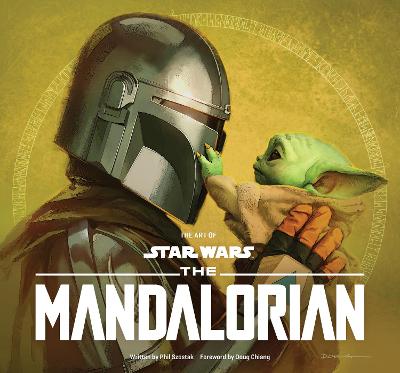 Hardback
The Art of Star Wars: The Mandalorian (Season Two) also appears in these Categories:

A Little Book About Movies: Quotes for the Cinephile in Your Life
Orange Hippo!
Hardback
€7.50