Recollections of My Non-Existence

In 1981, Rebecca Solnit rented a studio apartment in San Francisco that would be her home for the next twenty-five years. There, she began to come to terms with the epidemic of violence against women around her, the street harassment that unsettled her, and the authority figures that routinely disbelieved her. That violence weighed on her as she faced the task of having a voice in a society that preferred women to shut up or go away. Set in the era of punk, of growing gay pride, of counter culture and West Coast activism, during the latter years of second wave feminism, Recollections of My Non-Existence is the foundational story of an emerging artist struggling against patriarchal violence and scorn. Recalling the experience of living with fear, which Solnit contends is the normal state of women, she considers how oppression impacts on creativity and recounts the struggle to find a voice and have it be heard. Place and the growing culture of activism liberated her, as did the magical world of literature and books. And over time, the clamour of voices against violence to women coalesced in the current feminist upheaval, a movement in which Solnit was a widely audible participant. Here is an electric account of the pauses and gains of feminism in the past forty years; and an extraordinary portrait of an artist, by a seminal American writer. 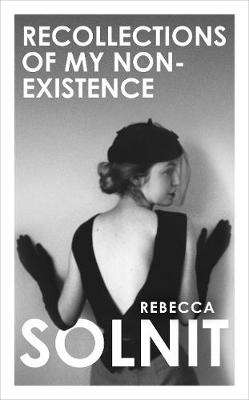 Recollections of My Non-Existence also appears in these Categories: