WHAT IF BUSINESS COULD HELP SOLVE THE GREATEST PROBLEMS OF OUR TIME? Free market capitalism is one of humanity's greatest inventions and the greatest source of prosperity the world has ever seen. At the same time, its single-minded pursuit of profit has led to rampant inequality and the looming threat of climate catastrophe - and now threatens to destroy the society on which it depends. Rebecca Henderson, John and Natty McArthur University Professor at Harvard University, argues that business can simultaneously make a positive impact on the world by confronting the realities of our environmental crisis and the need to address social and economic inequality, while also delivering the sustained economic growth that brings prosperity and wellbeing to society as a whole. Drawing on lessons from companies from around the world who are already making a positive difference, REIMAGINING CAPITALISM shows that this new approach is not only a moral imperative but also an extraordinary opportunity to drive growth and innovation in an increasingly competitive world. And, perhaps most critically, she suggests that it has the potential to balance the power of the market with the power of democratic, accountable government and strong civil society - the only long term solution to the problems that we face. "This powerful and readable book is a clarion call for reimagining and remaking capitalism. We can have a more moral and more innovative capitalism. There is hope!" -Daron Acemoglu, coauthor of Why Nations Fail "A must-read for every person with a stake in our economic system since change or die is the inescapable reality confronting capitalism." -Hiro Mizuno, executive managing director and chief investment officer, GPIF "A smart, timely, and much-needed reimagining of what capitalism can be." -Yancey Strickler, cofounder and former CEO, Kickstarter, and author of This Could Be Our Future: A Manifesto for a More Generous World 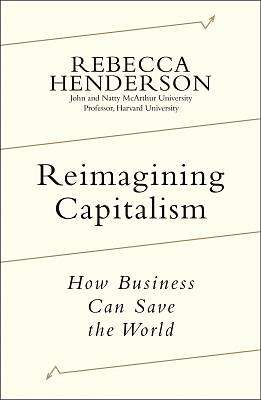 Shoemaker: Reebok and the Story of a Lancashire Family Who Changed the World
Joe Foster