Chief of Staff of the IRA, Michael Collins successor as Commander in Chief of the National Army and founding member of Cumann na nGaedheal and later leader of Fine Gael: a new biography of revolutionary leader Richard Mulcahy is long overdue. But who was the complicated man behind the myth? Conspiratorial IRB nationalist; proud, stubborn military tribune; pragmatic, political officeholder; serious-minded, self-reliant individual; or a fascinating combination of these and other complex traits?

Richard Mulcahy: From the Politics of War to the Politics of Peace explores the awkward, often competitive, relationships Mulcahy had with Brugha, Cosgrave, de Valera, OHiggins and Stack, and investigates the forging of the Irish national army out of the furnace of change brought about by the rise of militarism, a mismanaged rebellion and two wars, one of liberation, the other of brothers; the ambiguous role of the IRB; and the strategically important military and political executive positions that Mulcahy himself occupied during the post-rebellion, army-building and state-building phase of 191724.

This extensively researched new biographical study of Richard Mulcahy and the struggle for supremacy over the post-revolutionary governmentarmy relationship, is a vital contribution to understanding Irelands revolutionary past and present. 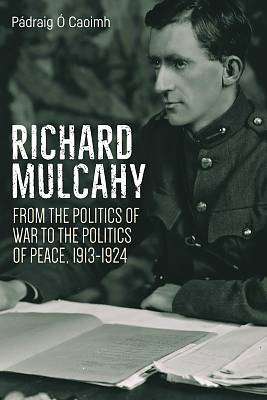 A Voice Among the Nations
John Gibney
€30.00