THE NEW YORK TIMES BESTSELLER 'A stunning book, among the most immediate and thrilling works of history I have ever read' At 8:15am on August 6th 1945, an atomic bomb was dropped on the Japanese city of Hiroshima. In an instant, the temperature at its core rose to millions of degrees. Sixty-thousand buildings were obliterated. A third of the city's population died, by heat, by the blast, and by a terrible new weapon in the history of warfare: radiation. In this riveting account, Stephen Walker follows the stories of real people in the extraordinary weeks leading up to the explosion and in its aftermath. From the atomic engineer who armed the bomb in mid-air to the Japanese doctors treating thousands of burnt bodies on the ground. From the flight crews and scientists to world leaders and civilian victims. With intimate testimony and remarkable stories, this is the startling narrative behind the dawn of the atomic age. 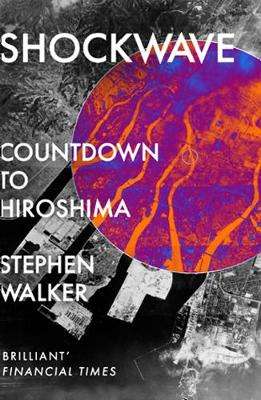 Paperback
Shockwave: Countdown to Hiroshima also appears in these Categories:

Money For Nothing
Thomas Levenson
€24.10